Behind the scenes at ESO: Showing you the road to the stars
What you’ll discover in this blog post:
Our brains are wired to perceive familiar patterns in randomly shaped objects like clouds or inkblots. This phenomenon, known as pareidolia, occurs in astronomy as well. Some famous objects like the Horsehead Nebula actually got their name from their resemblance to familiar shapes. In this post we will take a tour of some lesser known astronomical objects that remind us of something else.

Swimming in the cosmic ocean

Astronomers refer to the objects below as jellyfish galaxies, which are usually found in galaxy clusters. The space between galaxies in a cluster is filled with an extremely hot gas with temperatures of several tens of million degrees. When a spiral galaxy moves through a cluster, this hot gas exerts some pressure, pushing out that galaxy’s own gas, which trails behind forming intricate filaments.

As these galaxies lose their gas they slowly stop forming new stars. After some time they will mostly contain just old red stars, and their spiral arms –– where young stars are usually born –– will be significantly smeared out. The galaxy ESO 137-001 moving through the Norma cluster. The purple tail (MUSE) is made out of ionised gas, whereas the orange one (ALMA) contains molecular gas. The background images was taken with NASA/ESA Hubble Space Telescope.
Credit: ALMA (ESO/NAOJ/NRAO), P. Jachym (Czech Academy of Sciences) et al. 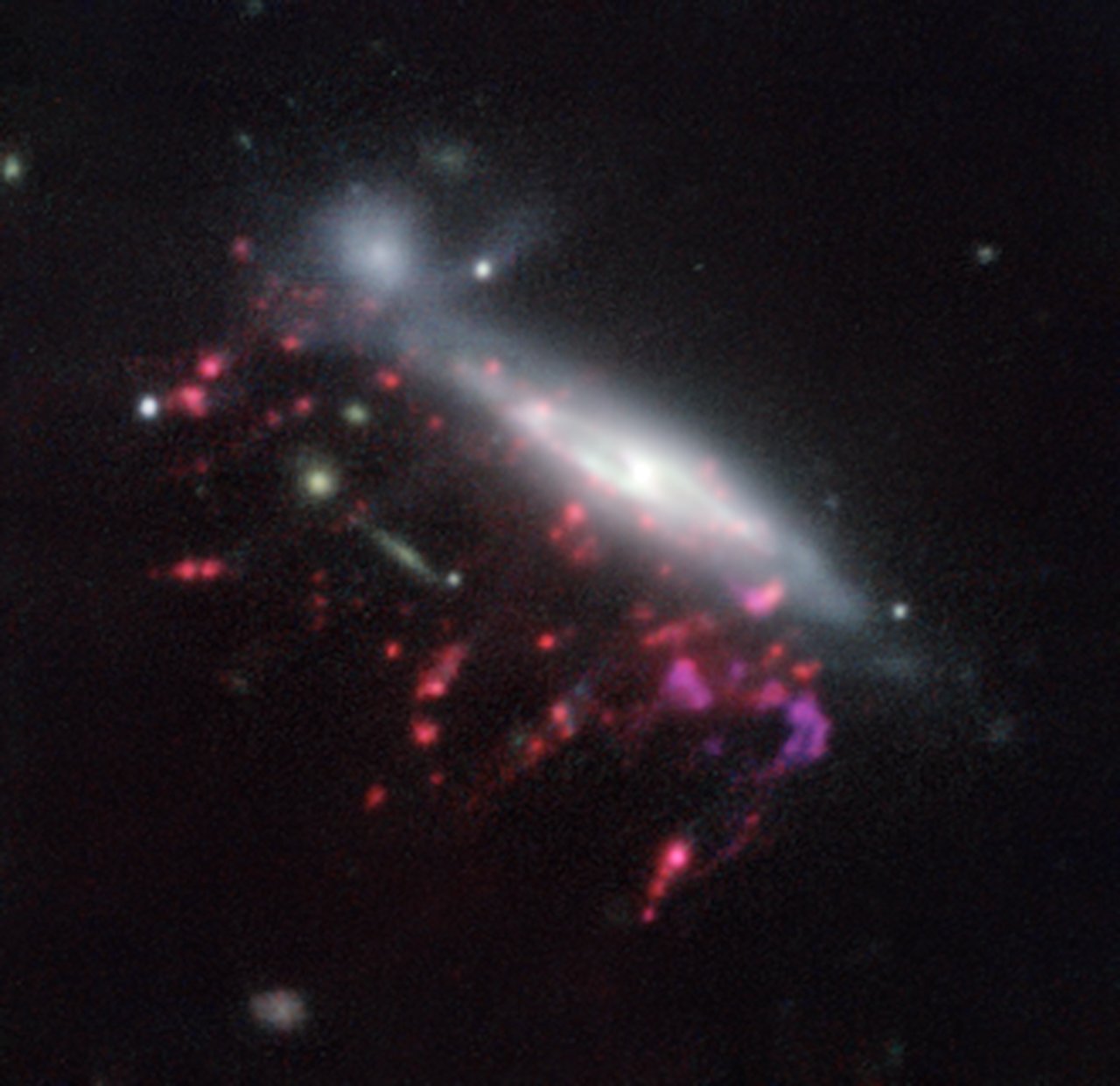 MUSE image of the galaxy JO204 traversing the Abell 957 cluster, leaving behind a tail of ionised gas.
Credit: ESO/GASP collaboration