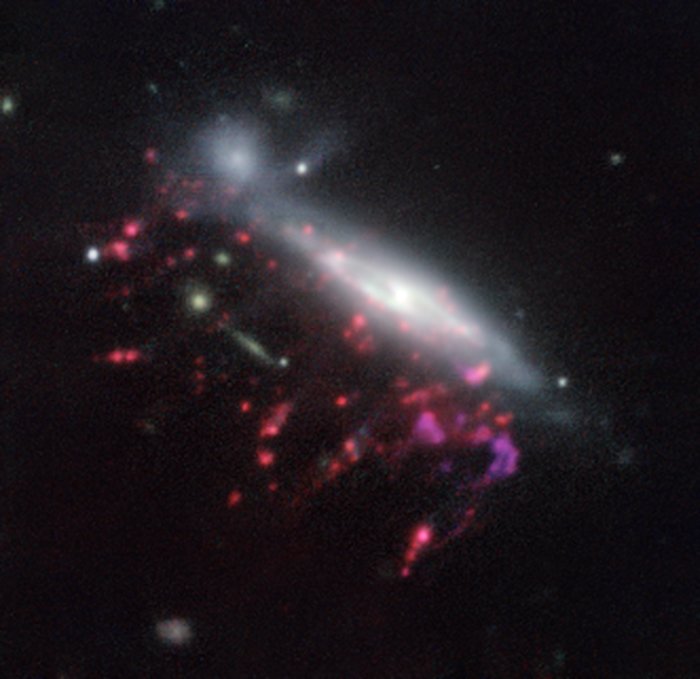 This picture of one of the galaxies, nicknamed JO204, from the MUSE instrument on ESO’s Very Large Telescope in Chile, shows clearly how material is streaming out of the galaxy in long tendrils to the lower-left. Red shows the glow from ionised hydrogen gas and the whiter regions are where most of the stars in the galaxy are located. Some more distant galaxies are also visible.