Louise Mayor has won the 2014 European Astronomy Journalism Prize. Her prize consists of a trip to the Atacama Large Millimeter/submillimeter Array (ALMA) — a state-of-the-art telescope to study light from some of the coldest objects in the Universe — in northern Chile. The winning article explores the quest to directly detect gravitational waves using a technique involving studying pulsars with radio telescopes.

Entitled “Hunting Gravitational Waves Using Pulsars”, the article was published in the October 2014 issue of Physics World, the magazine for members of the Institute of Physics. It was also promoted via a short clip.

As features editor of Physics World, Louise Mayor is helping physicists and science writers to tell their stories in different areas of cutting-edge physics. Before joining Physics World in 2010, Louise did a PhD in dye-sensitised solar cells at the University of Nottingham.

“I am absolutely delighted to win the prize. My article was about the effort to detect gravitational waves by using radio telescopes to observe distant pulsars. I first heard about this method last year and was so curious that I felt compelled to find out more by visiting the Jodrell Bank Observatory and to share the story with others. I can’t wait to visit ALMA and gaze up at a night sky full of more stars than I’ve ever seen before, experience the weird effects of high altitude and find out what cosmic questions the scientists there are trying to answer,” Louise declared upon hearing the news.

The panel of judges consisted of representatives of the European Southern Observatory, the Science and Technology Facilities Council, the Royal Astronomical Society and the Association of British Science Writers. They judged entries ranging from blog posts to TV news features, and two other writers in particular caught the attention of the panel. Colin Stuart, a freelance science journalist, and Emilie Martin, section editor at Ciel & Espace, were highly commended.

Colin’s piece, “Life in the Solar System” appeared as one of the feature articles in Issue 30 of All About Space magazine, and it covered current and future European missions that are searching for life in the Solar System. Emilie’s article, “India Bets on its Astronomers”, was written for the recently launched First Light magazine. Although the judges found that the topic did not qualify for the prize as it dealt with Indian astronomy, they particularly appreciated the quality of the in-depth journalism.

Now in its third year, the European Astronomy Journalism Prize looks to reward excellence displayed in the field by professional journalists as well as students of both astronomy and journalism. The prize is awarded by ESO and the Science and Technology Facilities Council (STFC), in association with the Royal Astronomical Society and the Association of British Science Writers.

The Science and Technology Facilities Council is keeping the UK at the forefront of international science and tackling some of the most significant challenges facing society such as meeting our future energy needs, monitoring and understanding climate change, and global security.

The Council has a broad science portfolio and works with the academic and industrial communities to share its expertise in materials science, space and ground-based astronomy technologies, laser science, microelectronics, wafer-scale manufacturing, particle and nuclear physics, alternative energy production, radio communications and radar.

STFC also has an extensive public outreach and engagement programme. It is using its world-leading research to inspire and enthuse schools and the general public about the impact and benefits that science can have on society.

STFC is one of seven publicly funded research councils. It is an independent, non-departmental public body of the Department for Business, Innovation and Skills (BIS).

The Royal Astronomical Society (RAS: www.ras.org.uk), founded in 1820, encourages and promotes the study of astronomy, Solar System science, geophysics and closely related branches of science. The RAS organises scientific meetings, publishes international research and review journals, recognises outstanding achievements by the award of medals and prizes, maintains an extensive library, supports education through grants and outreach activities and represents UK astronomy nationally and internationally. Its more than 3500 members (Fellows), a third based overseas, include scientific researchers in universities, observatories and laboratories as well as historians of astronomy and others.

Founded in 1947, the Association of British Science Writers (ABSW, http://www.absw.org.uk/) is the professional organisation for science writers in the UK. Its 800 members write everything from news stories to books and scripts for TV programmes. It runs the UK’s science journalism awards, holds the UK Conference of Science Journalists, and helps entrants to the profession to expand their skills. It is a leading member of the World Federation of Science Journalists and is involved in promoting science journalism in the developing world. 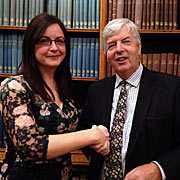