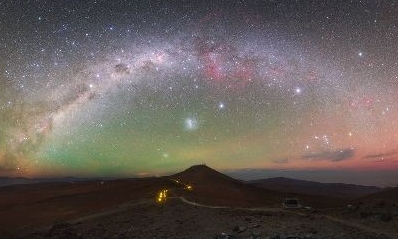 On the VLT the most requested ESO instrument was X-shooter with 287 nights, followed by MUSE with 266 nights, and FORS2 with 196 nights. HARPS on the ESO 3.6-metre was the most demanded instrument at La Silla, with a request of 261 nights. The telescope with the highest oversubscription is UT2-Kueyen, with a total request of 525 nights, followed by UT4-Yepun (396 nights), UT1-Antu (328 nights) and UT3-Melipel (279 nights). On account of the two running Public Spectroscopic Surveys on UT3 (LEGA-C and VANDELS), no Large Programmes were offered on this telescope in P100.

The percentages of submitted proposals across science categories were:

Following the steady trend observed for many years, the request for Service Mode kept growing, exceeding 85% in P100.

The proposals will be reviewed by the Observing Programmes Committee, which meets in May. Proposers will be informed of the outcome of the review process at the beginning of July 2017.