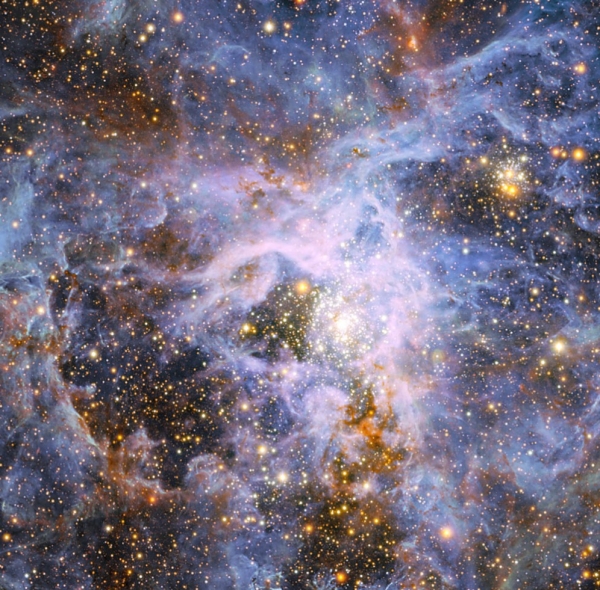 The VISTA Magellanic Survey (VMC) – one of the six public surveys current at the Visible and Infrared Survey Telescope for Astronomy (VISTA) – aims at determining the spatially resolved star formation history and 3D geometry of the Magellanic system. The VMC survey is designed to reach stars below the oldest main-sequence turn-off and the multi-epoch strategy enables accurate Ks mean magnitudes for variable stars, e.g. RR Lyrae stars and Cepheids, to be measured. Catalogues from some of the deep co-added survey images have now been released.

This data release, covering the survey tiles LMC 6_6 (including the 30 Doradus star-forming region) and LMC 8_8 (including the South Ecliptic Pole region), about 3.5 square degrees in total, consists of the band-merged YJKs photometric catalogue based on the deep co-added survey images of at least three epochs in Y and J and 12 epochs in Ks, the multi-epoch photometry in each of the three bands and the catalogue of known Cepheids, including also periods and modes of pulsation from optical-band data. The catalogues were extracted from the reduced images which have been released under VMC Data Release 2 in June 2013.

The new catalogue data are accessible from the ESO catalogue facility query interface, each accompanied by a comprehensive description; see for example, the description of the YJKs master catalogue.