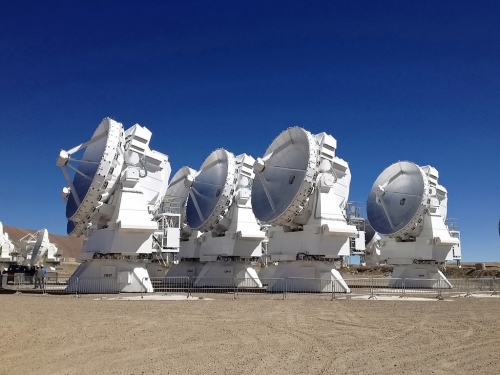 In response to the state of emergency declared over the last few days in Chile, ALMA is reducing to minimum operations, i.e. no science observations, and keeping just essential services to ensure the safety and well-being of its employees, and the Observatory. This measure applies to both the main offices in Santiago and the Observatory operations near Calama and San Pedro de Atacama, and will be reassessed daily. All ALMA staff are well, and the Observatory facilities are safe.

“The reasons for this decision are several, including the continued unrest in the Metropolitan area and other major cities, the state of emergency declared for Calama, and the concerns for supply chain continuity,” explained the Director of ALMA, Sean Dougherty.

Due to the transportation difficulties in the Chilean capital, ALMA personnel working in the main headquarters in Santiago have been given the option of working from home until the situation in the country settles down.