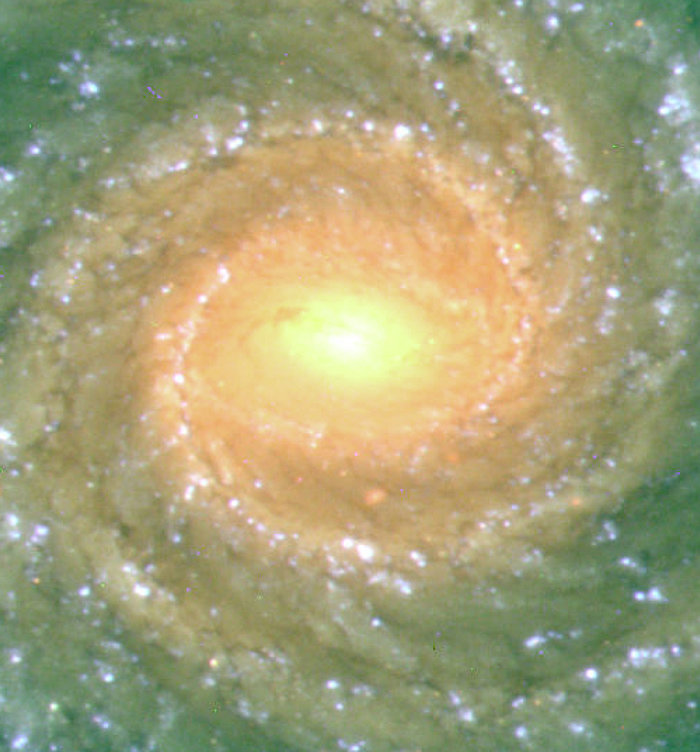 This image is of the central region of the large spiral galaxy NGC 1232 and was obtained on September 21, 1998, during a period of good observing conditions. It is based on three exposures in ultra-violet, blue and red light, respectively. This central area contains older stars of reddish colour.