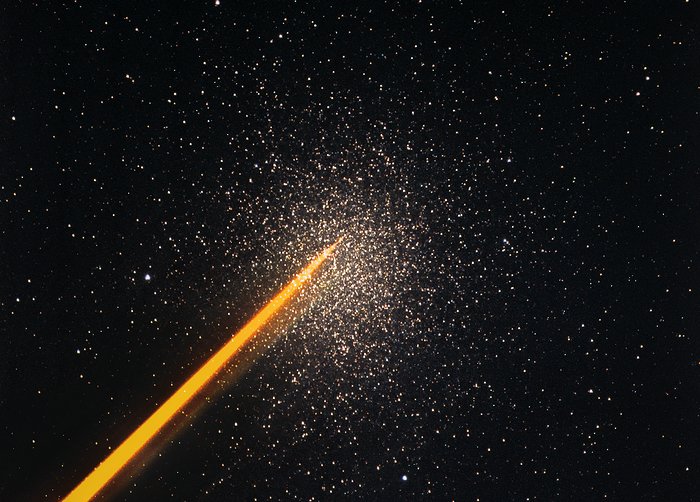 First light took place on the night of Wednesday 29 April 2015 and the first image of the 22-watt laser being launched, taken by the Laser Pointing Camera (LPC), shows the intense orange beam pointed at a globular cluster.