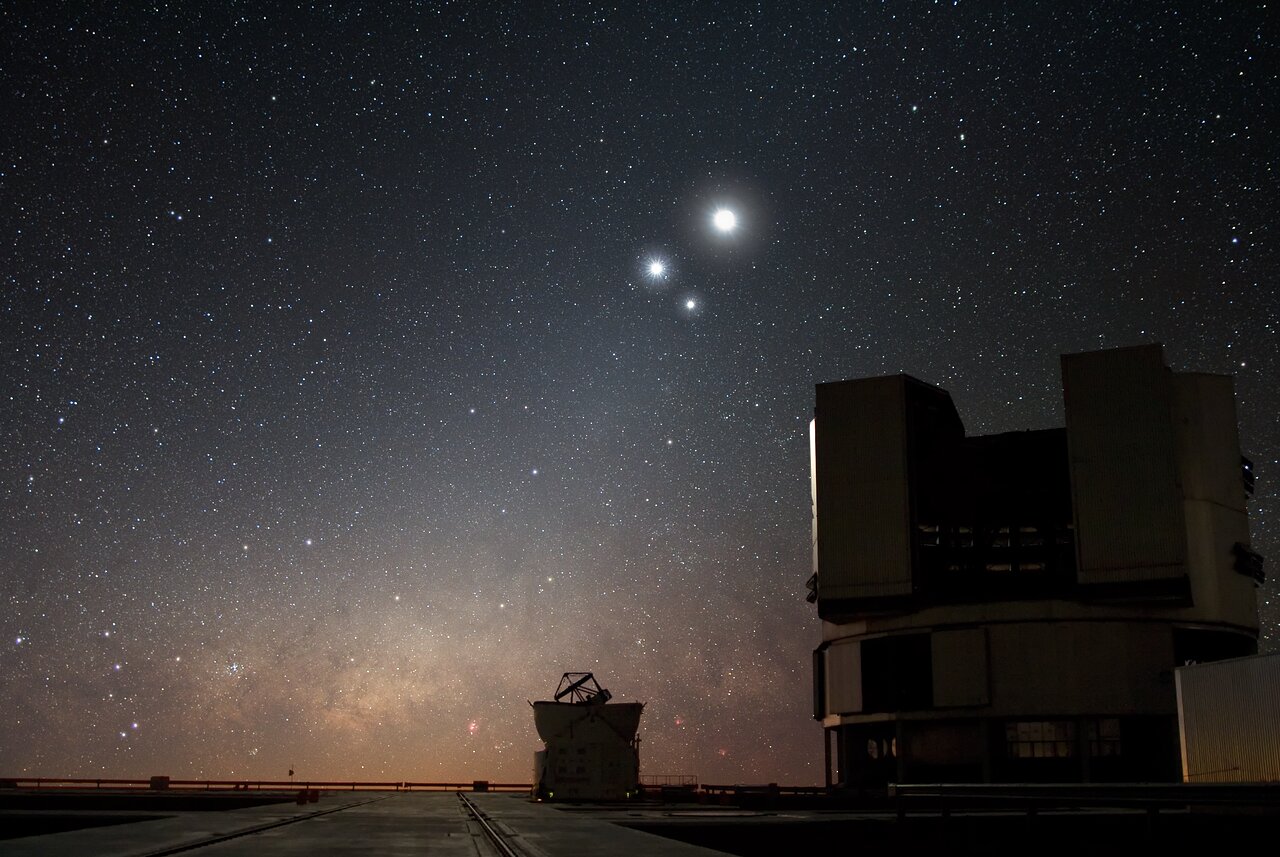 In the night sky over ESO’s Very Large Telescope (VLT) observatory at Paranal, the Moon shines along with two bright companions : already aloft in the heavens and glowing in the centre of the image is Venus, Earth’s closest planetary neighbour, and, to its right, the giant, though more distant planet, Jupiter. Such apparent celestial near misses — although the heavenly bodies are actually tens to hundreds of millions of kilometres apart — are called conjunctions.

Still other sights delight this night view at Paranal : the radiant, reddish plane of the Milky Way, smouldering on the horizon, and an 8.2-metre VLT Unit Telescope, along with a 1.8-metre Auxiliary Telescope, standing firmly on the ground.