As part of a wide range of education and public outreach activities for the International Year of Astronomy 2009 (IYA2009), ESO, together with the Association of French Language Planetariums (APLF), has produced a 30-minute planetarium show, In Search of our Cosmic Origins. It is centred on the global ground-based astronomical Atacama Large Millimeter/submillimeter Array (ALMA) project and represents a unique chance for planetariums to be associated with the IYA2009.

ALMA is the leading telescope for observing the cool Universe — the relic radiation of the Big Bang, and the molecular gas and dust that constitute the building blocks of stars, planetary systems, galaxies and life itself. It is currently being built in the extremely arid environment of the Chajnantor plateau, at 5000 metres altitude in the Chilean Andes, and will start scientific observations around 2011. ALMA, the largest current astronomical project, is a revolutionary telescope, comprising a state-of-the-art array of 66 giant 12-metre and 7-metre diameter antennas observing at millimetre and submillimetre wavelengths.

In Search of our Cosmic Origins highlights the unprecedented window on the Universe that this facility will open for astronomers.

“The show gives viewers a fascinating tour of the highest observatory on Earth, and takes them from there out into our Milky Way, and beyond,” says Douglas Pierce-Price, the ALMA Public Information Officer at ESO.

Edited by world fulldome experts Mirage3D, the emphasis of the new planetarium show is on the incomparable scientific adventure of the ALMA project. A young female astronomer guides the audience through a story that includes unique animations and footage, leading the viewer from the first observations by Galileo, 400 years ago, to the world of modern astronomy, moving from the visible wavelength domain to explore the millimetre-wave view of the Universe, and leaving light-polluted cities for unique settings in some of the highest and driest places on Earth.

“The fascinating topic, the breathtaking ESO astronomical images, the amazing 3D computer animations, and the very clever use of the music, all make this a really inspiring show,” says Agnès Acker, President of the APLF.

In search of our Cosmic Origins is available in three different formats: fulldome video, classical with video windows, and classical with slides. Fulldome video shows immerse the audience in a true 360-degree projected computer-generated virtual environment.

The show will be available to all planetariums worldwide for a small fee, depending on the type and the size of the planetarium, to cover basic costs.

The media are invited to attend, and see firsthand, the official screening during the European Film Festival, between 24 and 26 April 2009 in Espinho, Portugal. For media accreditation, please go to http://iff.multimeios.pt/index.php?option=com_wrapper&Itemid=45

A set of educational materials is also being prepared and will be finished in late April.

To learn more about the show, please go to www.cosmicorigins.org

The ALMA project is a partnership between the scientific communities of East Asia, Europe and North America with Chile. ESO is the European partner in ALMA. 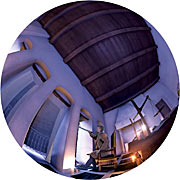 PR Image eso0909a
In Search of our Cosmic Origins logos 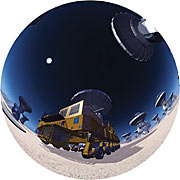 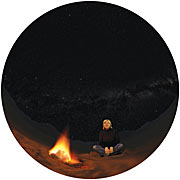