Today, at the Annual Meeting of the US National Academy of Sciences, ESO's Director General, Dr. Catherine Cesarsky, is officially inducted into this highly prestigious society.

On April 20, 2004, the US National Academy of Sciences selected 72 new members and 18 foreign associates from 13 countries, including Dr. Cesarsky, in recognition of their distinguished and continuing achievements in original research. This brought the total number of active members to 1,949, among which 351 foreign associates.

The US National Academy of Sciences (NAS) is a private, non-profit, self-perpetuating society of distinguished scholars engaged in scientific and engineering research, dedicated to the furtherance of science and technology and to their use for the general welfare. Upon the authority of the charter granted to it by the Congress in 1863, the Academy has a mandate that requires it to advise the federal government on scientific and technical matters.

Election to the NAS is considered one of the highest honours that can be accorded a scientist or engineer.

"It is a great honour. I am extremely happy about it," says Catherine Cesarsky. "It comes at a time when we are very engaged in a fruitful collaboration with our American partners for the construction of the Atacama Large Millimeter Array, certainly one of the largest ground-based astronomy projects of the next decade."

Among its distinguished members, the National Academy includes 83 astronomers. Catherine Cesarsky was elected in recognition of her role as a pioneer of space infrared astronomy and a leader of European physics and astronomy. "She has made seminal contributions to the study of star formation in near and distant galaxies, the cosmic infrared background, and the confinement and acceleration of cosmic rays", states the nomination form.

"The election of Catherine Cesarsky to the US National Academy of Sciences is most appropriate", declares Piet van der Kruit, President of ESO's Council. "She has many accomplishments of very high standing, not the least her leadership of the European Southern Observatory ESO, which under her directorship became the leading organisation worldwide in ground-based optical astronomy. To her credit go in particular the coming of age of the Paranal Observatory in Chile, which is providing the most advanced observing opportunities in terms of well-instrumented 8-metre class optical telescopes and realising the first optical interferometer for research as a general user facility. At the same time she made a decisive contribution to bringing the Atacama Large Millimeter Array (ALMA) project to a real start."

In 2003, Catherine Cesarsky was appointed President Elect of the International Astronomical Union. At the 2006 General Assembly of the IAU, in Prague, she will take up the function of President. The IAU is the world's foremost organisation for astronomy, uniting almost 9000 professional scientists on all continents. 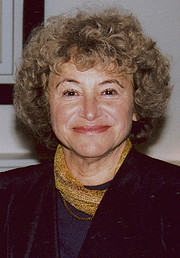