The first two Auxiliary Telescopes at the VLT platform 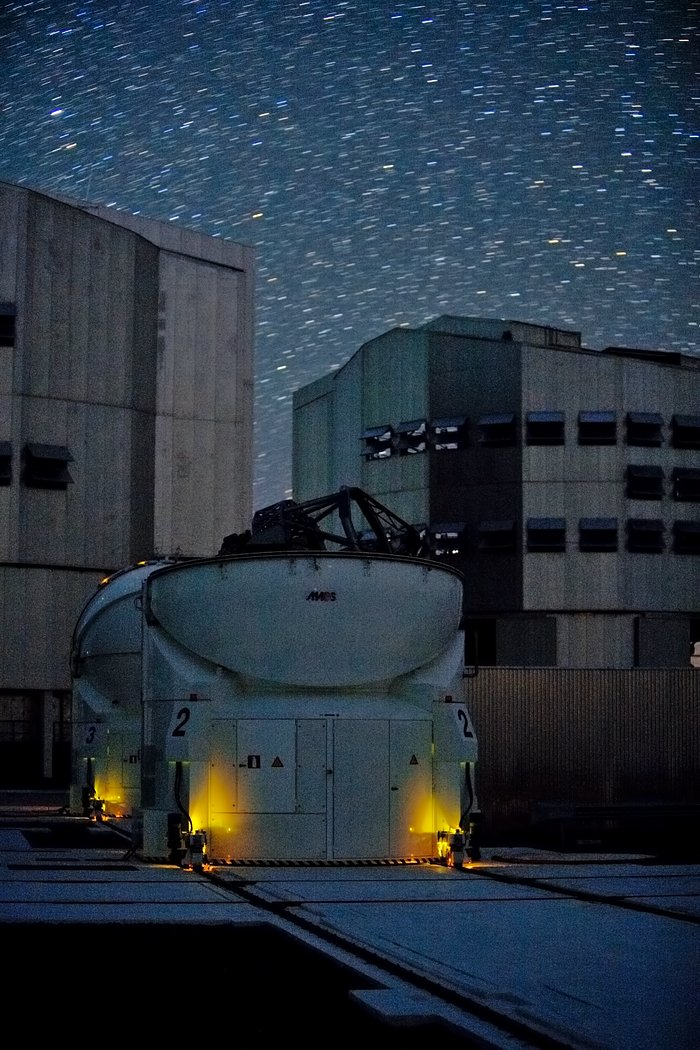 The two first 1.8-metre VLT Auxiliary Telescopes AT1 and AT2, recently installed at the platform in 2005. The ATs integrate the VLTI (the VLT Interferometer). On the background, two of the four 8.2-metre VLT Unit Telescopes UT2 and UT3, during night observations, under the clear skies of Paranal Observatory. The UTs can work either individually or combined in interferometric mode. The Very Large Telescope (VLT) is the flagship facility for European ground-based astronomy.