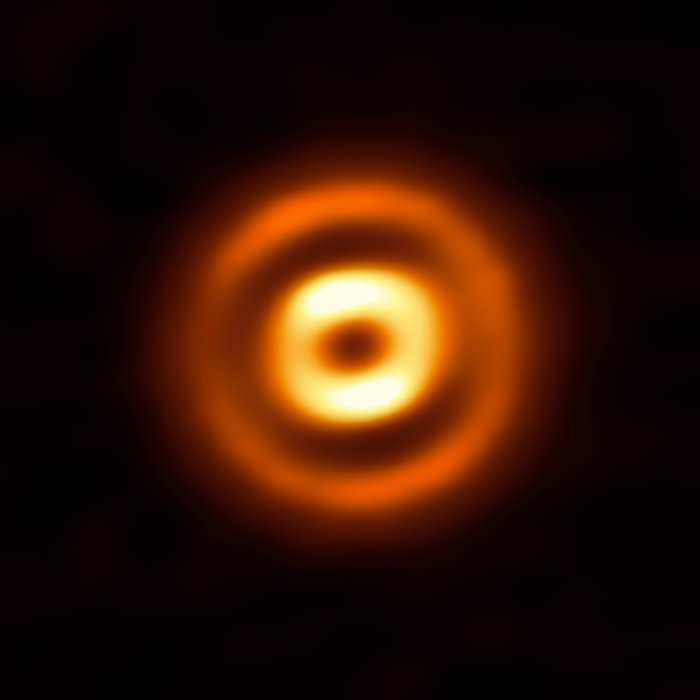 Optimised to study the cold gas and dust of systems like HD 169142, ALMA’s sharp eyes have revealed the structure of many infant solar systems with similar cavities and gaps. A variety of theories have been proposed to explain them — such as turbulence caused by magnetorotational instability, or the fusing of dust grains — but the most plausible explanation is that these pronounced gaps were carved out by giant protoplanets.

When solar systems form gas and dust coalesce into planets. These planets then effectively spring clean their orbits, clearing them of gas and dust and herding the remaining material into well-defined bands. The deep gaps seen in this image are consistent with the presence of multiple protoplanets — a finding that agrees with other optical and infrared studies of the same system.

Observing such dusty protoplanetary discs with ALMA allows scientists to investigate the first steps of planet formation in a bid to unveil the evolutionary paths of these infant systems.