Wings for science fly over Paranal 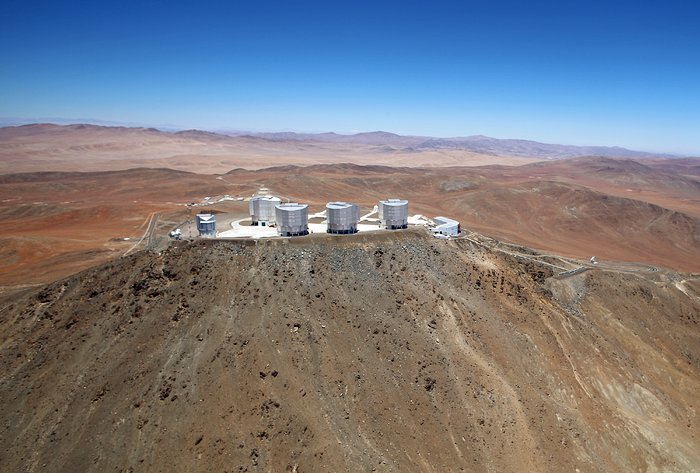 This rare aerial view of the Paranal Observatory was taken in December 2012 by Clémentine Bacri and Adrien Normier, who are flying a special eco-friendly ultralight [1] aeroplane on a year-long journey around the world. This striking view shows the raw natural beauty of the landscape at the remote home of one of the world’s finest astronomical facilities, ESO’s Very Large Telescope (VLT), with its four independent 8.2-metre telescopes sitting at the top of Cerro Paranal.

ESO has an ongoing outreach partnership with the ORA Wings for Science project, a non-profit initiative which offers aerial support to public research organisations. The two crew members of the Wings for Science Project did a flyby above the observatories of Northern Chile, among other locations, before they left South America and jumped to Australia. During their trip, they help out scientists by providing aerial capabilities ranging from air sampling to archaeology, biodiversity observation and 3D terrain modelling.

The short movies and amazing pictures that are produced during the flights are used for educational purposes and for promoting local research. Their circumnavigation started in June 2012 and finished in June 2013 with a landing at the Paris Air Show on 17 June.

[1] The ultralight aircraft is a NASA-award winning Pipistrel Virus SW 80 using only 7 litres of fuel per 100 kilometres — less than most cars.