The comet and the laser 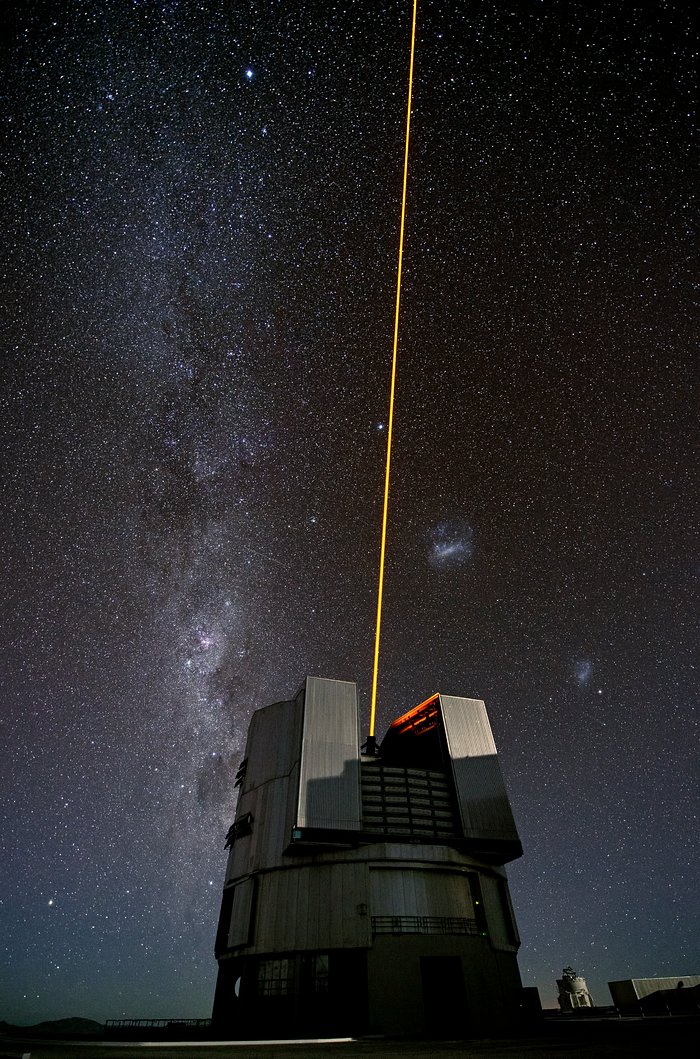 Gerhard Hüdepohl, one of the ESO Photo Ambassadors, captured this spectacular image of ESO’s Very Large Telescope (VLT) during the testing of a new laser for the VLT 14 February 2013. It will be used as a vital part of the Laser Guide Star Facility (LGSF), which allows astronomers to correct for most of the disturbances caused by the constant movement of the atmosphere in order to create much sharper images. Nevertheless, is hard not to think of it as a futuristic laser cannon being pointed towards some kind of distant space invader.

As well as the amazing view of the Milky Way seen over the telescope, there is another feature making this picture even more special. To the right of the centre of the image, just below the Small Magellanic Cloud and almost hidden among the myriad stars seen in the dark Chilean sky, there is a green dot with a faint tail stretching to its left. This is the recently discovered and brighter-than-expected Comet Lemmon, which is currently moving slowly through the southern skies.