Crash of the titans 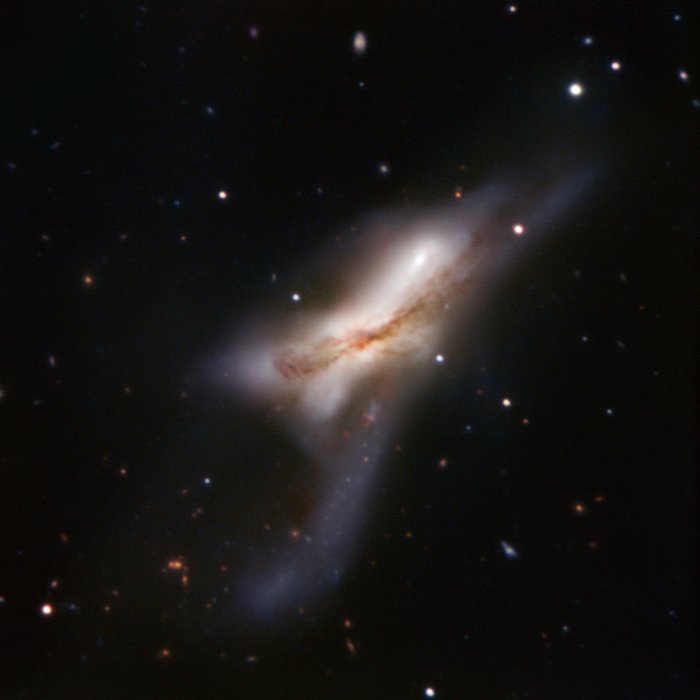 NGC 520 — also known as Arp 157 — looks like a galaxy in the midst of exploding. In reality, it’s the exact opposite. Two enormous spiral galaxies are crashing into each other, melding and forming a new conglomerate. This happens slowly, over millions of years — the whole process started some 300 million years ago. The object, about 100 000 light-years across, is now in the middle stage of the merging process, as the two nuclei haven’t merged yet, but the two discs have. The merger features a tail of stars and a prominent dust lane. NGC 520 is one of the brightest interacting galaxies in the sky and lies in the direction of Pisces (the Fish), approximately 100 million light-years from Earth.

This image was taken by the ESO Faint Object Spectrograph and Camera attached to the 3.6-metre telescope at La Silla in Chile. It is based on data obtained through B, V, R and H-alpha filters.