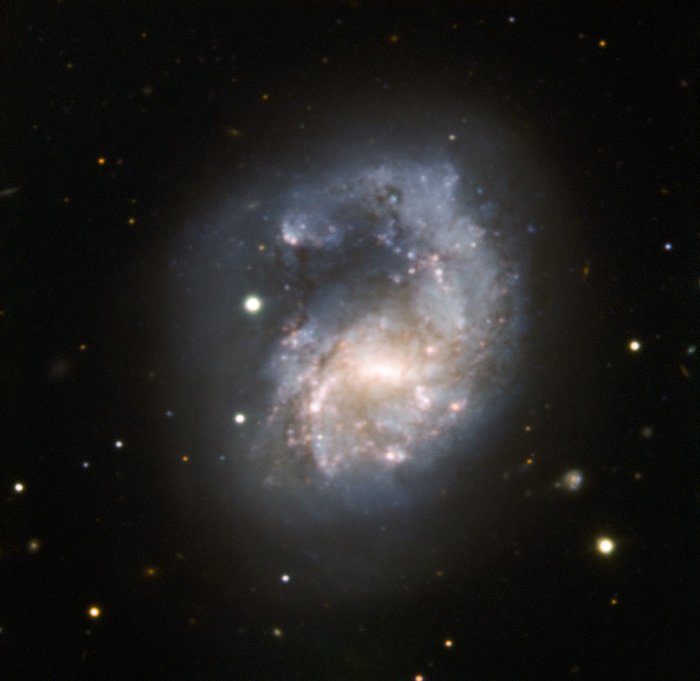 NGC 4027, also known as Arp 22, stretches its single extended spiral arm in this face-on image. Located about 75 million light-years away in the constellation of Corvus (the Crow), this barred spiral galaxy is identified as a peculiar galaxy by this extended arm, thought to be the result of a collision with another galaxy millions of years ago — most likely a small galaxy known as NGC 4027A. NGC 4027 is part of the NGC 4038 Group, a group of galaxies that also contains the famous distorted couple known as the Antennae Galaxies (see eso0209 and heic0615).

This image is based on data collected with the ESO Faint Object Spectrograph and Camera (EFOSC) attached to the 3.58-metre New Technology Telescope (NTT) at the ESO La Silla Observatory in Chile. The data were collected through three broadband filters (B, V and R) and two narrowband filters (Hα and doubly ionised oxygen).