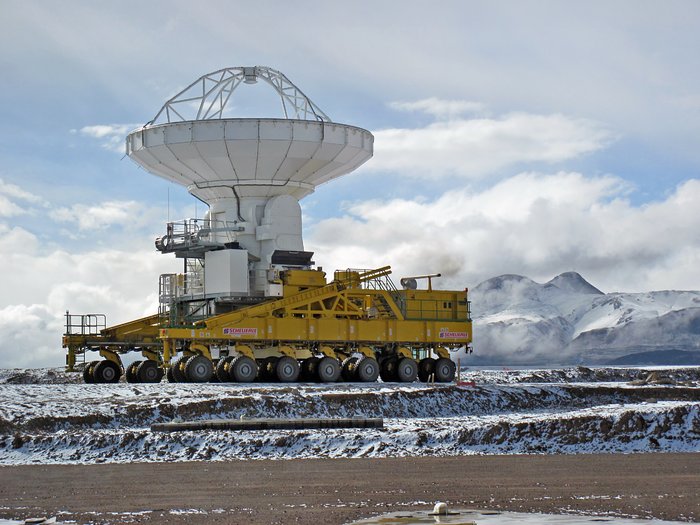 High in the Chilean Andes, at 5000 metres above sea level, one of the giant Atacama Large Millimeter/submillimeter Array (ALMA) antenna transporters contemplates an unexpected sight — a delicate dusting of snow whitens the breathtaking landscape of the Chajnantor plateau, home of the ALMA project. Snow is a very rare event at this extremely arid site and is a consequence of the Altiplanic winter, caused when the jet stream reverses and comes from the chill east. Chajnantor is one of the driest sites in the world, making it excellent for astronomical observations. The hill in the background is Toco, a 5600-metre mountain toward the north. This image was taken on 30 April 2010.

The ALMA transporters, two giant custom-built vehicles, can move the antennas across the Chajnantor plateau, allowing different configurations of the array. Since late 2009, there have been three antennas at 5000 metres. Eventually ALMA will have a total of 66 antennas when complete, around 2012, and early scientific observations are expected around 2011.