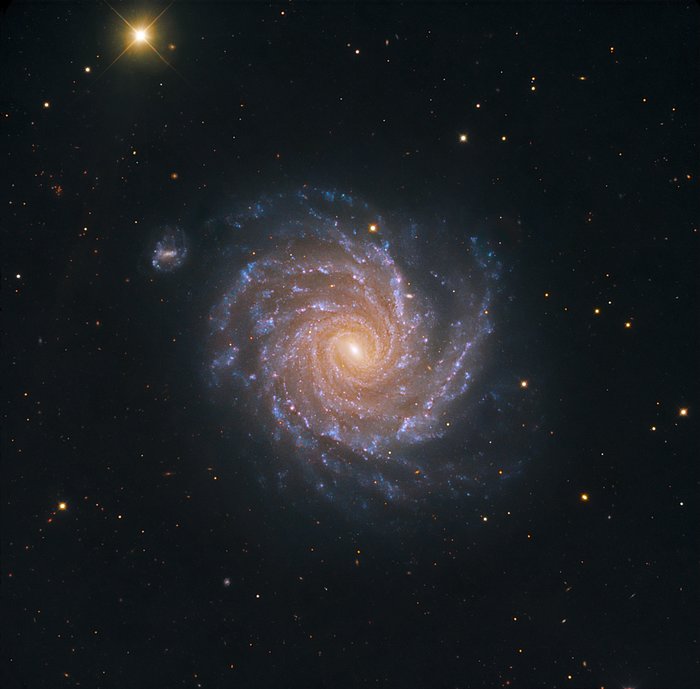 The striking, large spiral galaxy NGC 1232, and its distorted companion shaped like the greek letter "theta".

The pair is located roughly 60 million light-years away in the constellation Eridanus (The River). Billions of stars and dark dust are caught up in this beautiful gravitational swirl. The blue spiral arms with their many young stars and star-forming regions make a striking contrast with the yellow-reddish core of older stars.