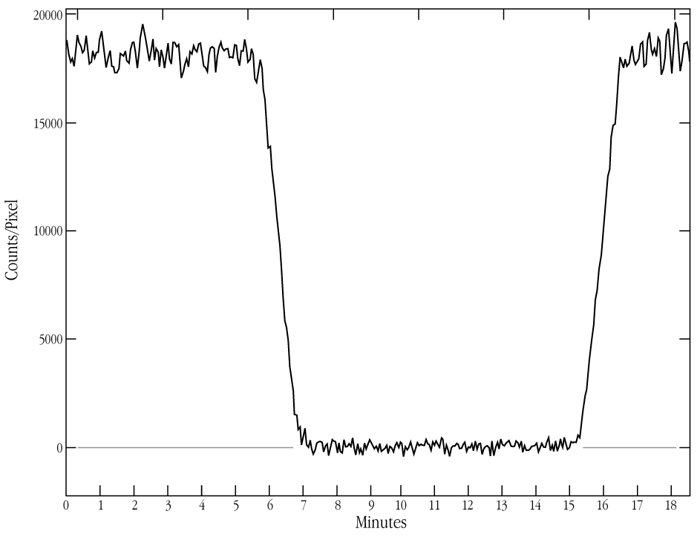 This is the light-curve of the variable stellar system NN Ser, as extracted from the drift exposure shown in ESO Press Photo eso9936 . The count rate is proportional to the brightness of the object; it is about 18,000 counts/pix outside the eclipse and decreases to about 70 counts during the total eclipse (since the full range of the eclipse is shown here, this low level is almost indistinguishable from 0 in this figure). Various properties of the two stars in the NN Ser system may be determined from the shape of the light-curve. The fact that the light-curve is "flat" at the bottom is a clear sign that the eclipse is total, i.e. the hot white dwarf star is completely hidden behind the cool red dwarf star.