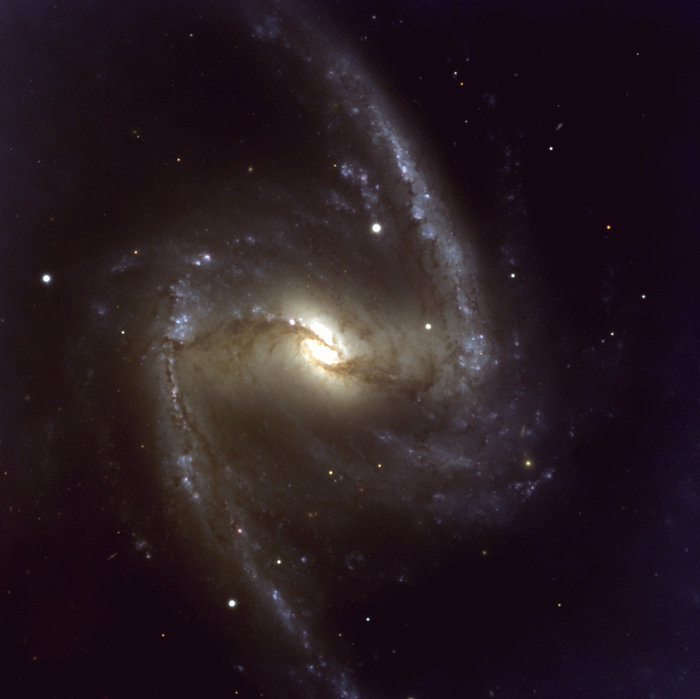 This is a true-colour image of the major part of NGC 1365, combined from three exposures with the FORS1 multi-mode instrument at VLT UT1, in the B (blue), V (green) and R (red) optical bands. The exposure times were 360, 180 and 140 seconds, respectively. The image quality is about 0.8 arcsec. The field measures about 7 x 7 arcmin 2. North is up and East is left.