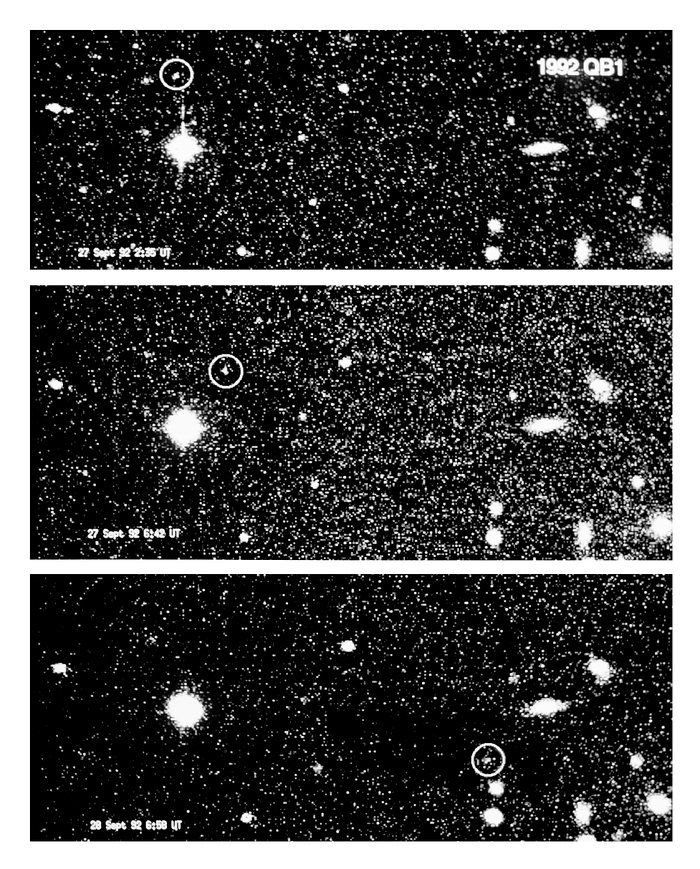 This photo is a composite of three 5-min exposures of the probably most distant object known in the solar system. They were made on September 27 and 28, 1992, with the ESO 3.5 m New Technology Telescope at La Silla.

These images were obtained by astronomers Alain Smette (ESO) and Christian Vanderriest (Observatorie de Meudon, Paris). The new object was discovered by American astronomers in late August 1992 and has been given the provisional designation {\it 1992 QB1}.  The faint image of the 23-magnitude object is indicated by circles.  The diameter is estimated as about 200 km. The very slow motion (about 75 arcseconds/day) corresponds to a distance of more than 6000 million km from the Sun. This places it just outside the orbit of the planet Pluto.

The sky field shown the photo measures 3.3 arcminutes across. North is up and east is to the left. The exposure times are indicated in Universal Time (UT).