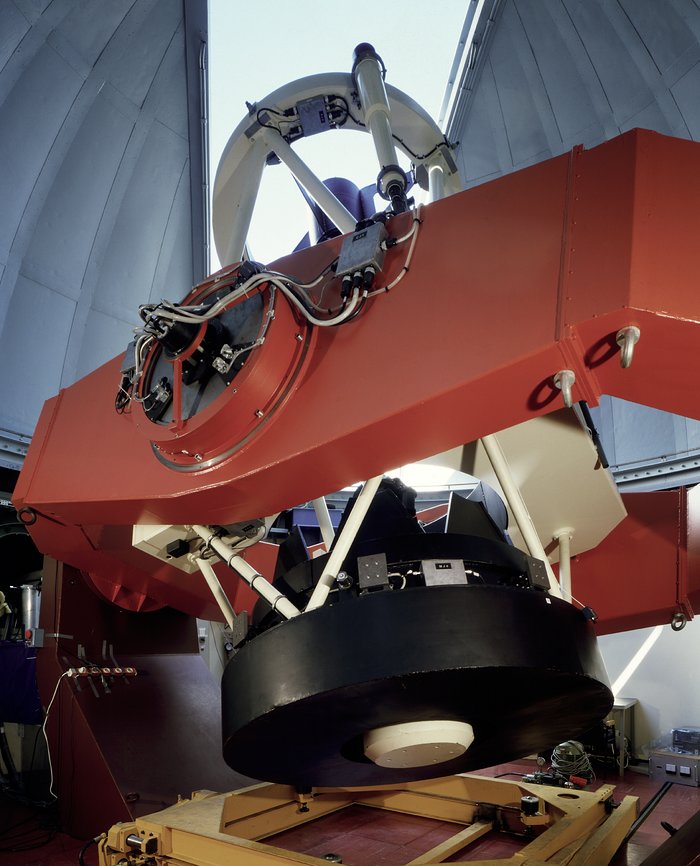 This photograph shows the 1.4-m CAT telescope in its enclosure. This telescope is located on La Silla Observatory in Chile. The ESO Coudé Auxiliary Telescope (CAT) has a 1.4 m primary mirror and is alt-alt mounted. It is housed in a smaller dome, adjacent to the 3.6 m telescope and feeds the 3.6 m Coudé Echelle Spectrometer through a light tunnel. The CAT is fully computer controlled. It has been used for many different types of astronomical observations, including millimetre radio mapping of CO clouds near the galactic centre.