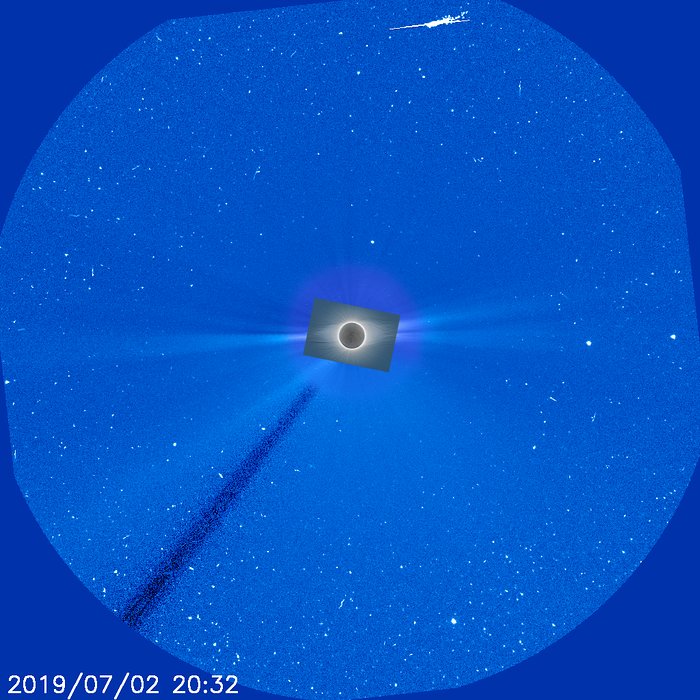 This image combines two different sources to create fairly complete view of the Sun's corona rarely available to researchers, taken during the total solar eclipse visible from Chile on 2 July 2019. The outer blue portion of the image was taken by the LASCO instrument on the SOHO spacecraft during the eclipse. SOHO can observe the solar atmosphere all of the time by using an occulting disc to cover the Sun, in effect creating artificial eclipses from the spacecraft's point of view. However, this occulting disc has to be larger than the Sun in order to ensure it remains covered at all times, leaving an empty doughnut hole in the middle of all SOHO's images of the corona.

The centre of that doughnut hole can only be filled in during a total solar eclipse. Because the Moon covers the Sun much more precisely than SOHO does it reveals the inner corona SOHO cannot observe. In this case, the image was taken from ESO's La Silla Observatory, and the intricate but normally invisible inner corona is visible in exquisite detail. Combining it with a SOHO image taken at the same time gives the rare opportunity to view both the inner and outer corona together — providing a unique window into our active star.