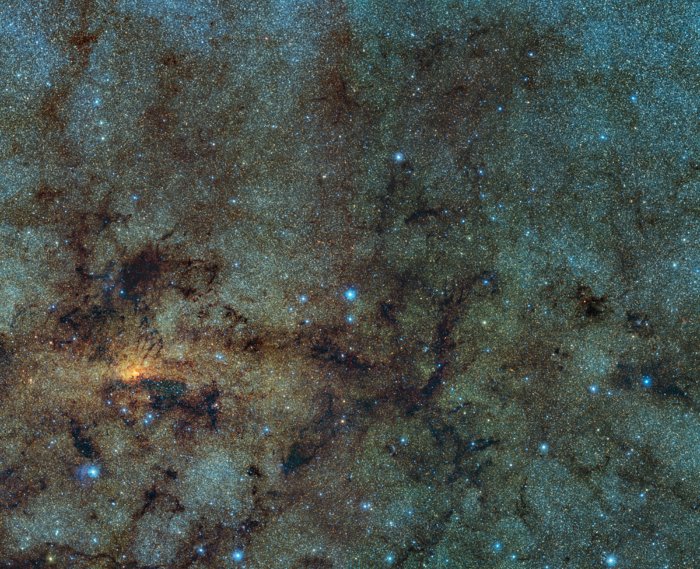 This image, captured with the VISTA infrared survey telescope, as part of the Variables in the Via Lactea (VVV) ESO public survey, shows the central part of the Milky Way. While normally hidden behind obscuring dust, the infrared capabilities of VISTA allow to study the stars close to the galactic centre.

Within this field of view astronomers detected several ancient stars, of a type known as RR Lyrae. As RR Lyrae stars typically reside in ancient stellar populations over 10 billion years old, this discovery suggests that the bulging centre of the Milky Way likely grew through the merging of primordial star clusters.