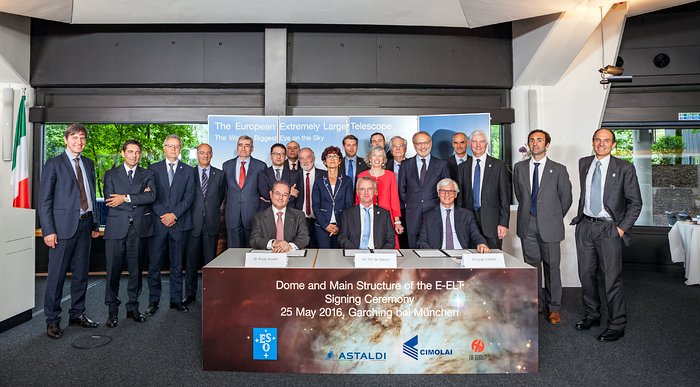 At a ceremony in Garching bei München, Germany on 25 May 2016, ESO signed the contract with the ACe Consortium, consisting of Astaldi, Cimolai and the nominated sub-contractor EIE Group for the dome and telescope structure of the European Extremely Large Telescope (E-ELT). This is the largest contract ever awarded by ESO and the largest ever contract in ground-based astronomy. At this occasion the construction design of the E-ELT was unveiled.

This picture shows some of the people involved in the project, both from the consortium and at ESO. In addition the Italian Minister for Education, Universities and Research, H.E. Stefania Giannini was also present and appears in the picture (in red).