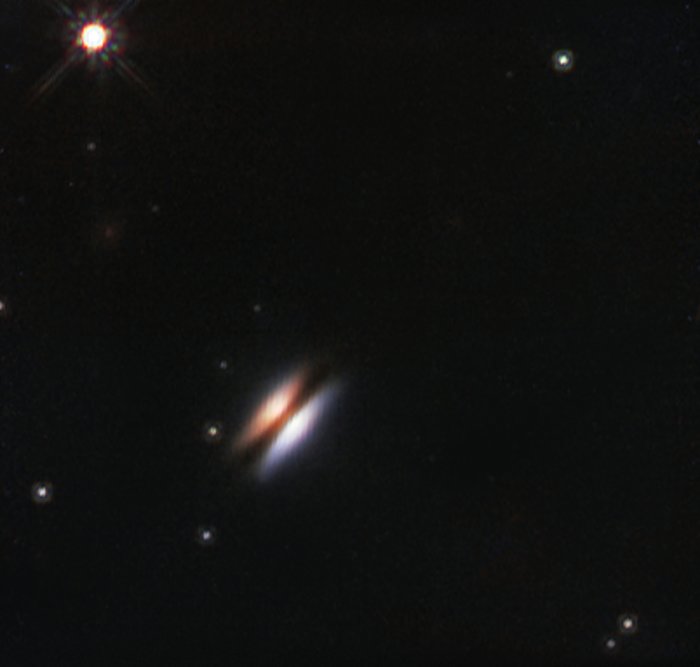 The young star 2MASS J16281370-2431391 lies in the spectacular Rho Ophiuchi star formation region, about 400 light-years from Earth. It is surrounded by a disc of gas and dust — such discs are called protoplanetary discs as they are the early stages in the creation of planetary systems. This particular disc is seen nearly edge-on, and its appearance in visible light pictures has led to its being nicknamed the Flying Saucer.

This close-up infrared view of the Flying Saucer comes from the NASA/ESA Hubble Space Telescope.