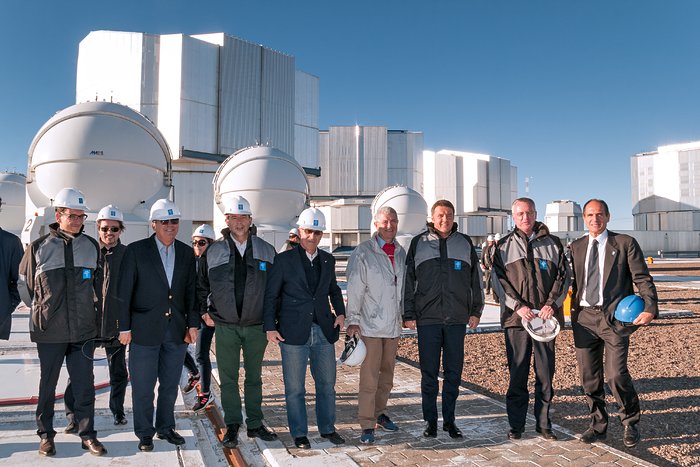 On 24 October 2015, the Prime Minister of Italy, His Excellency Matteo Renzi, visited ESO’s Paranal Observatory in the Atacama Desert of northern Chile. He was taken on a tour of ESO’s world-leading astronomical facilities by ESO’s Director General, Tim de Zeeuw, and the Programme Manager of the European Extremely Large Telescope (E-ELT), Roberto Tamai.