The sky around the location of Nova Centauri 2013 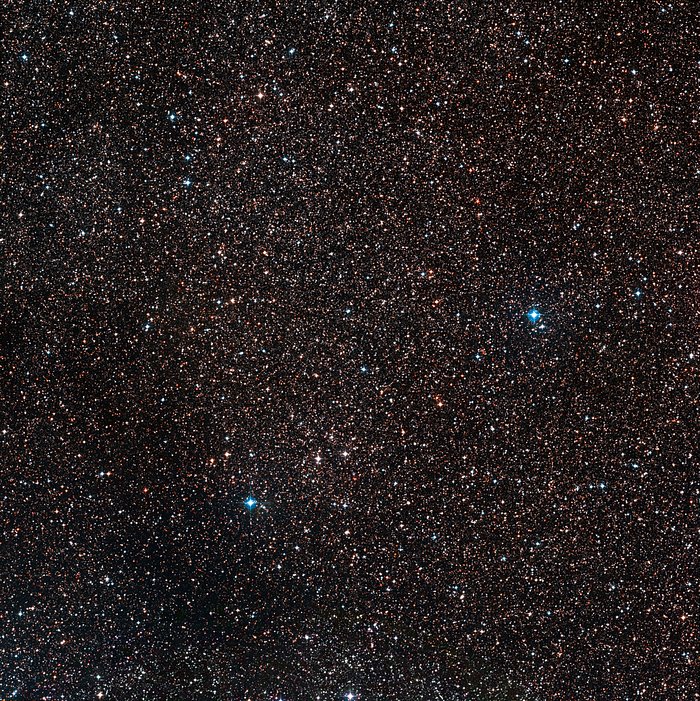 This image shows the sky around the location of Nova Centauri 2013. The nova itself appears, in its pre-outburst state, as a faint star at the centre of the picture, very similar to thousands of others. This picture was created from images in the Digitized Sky Survey 2 that were acquired decades before the star erupted.