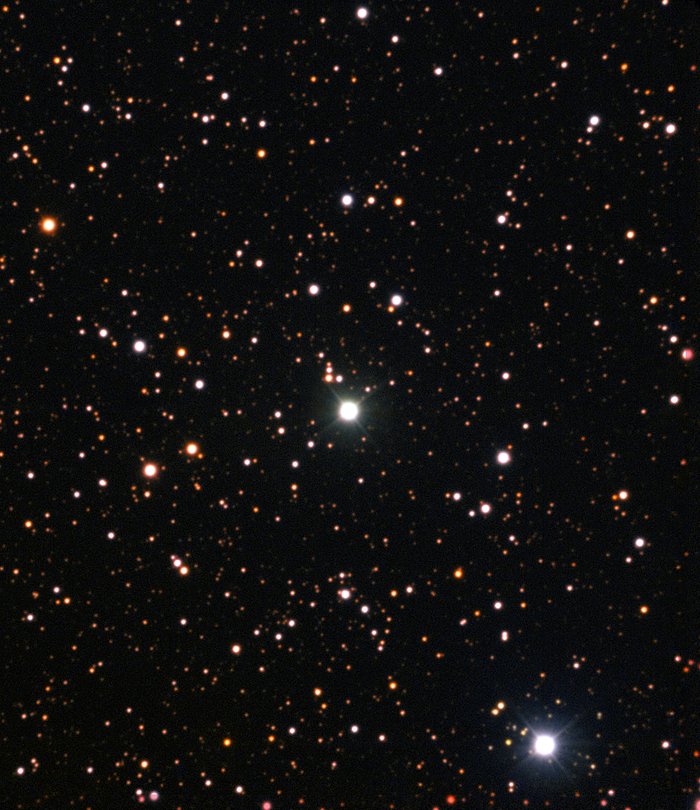 This image from the New Technology Telescope at ESO’s La Silla Observatory shows Nova Centauri 2013 in July 2015 as the brightest star in the centre of the picture. This was more than eighteen months after the initial explosive outburst. This nova was the first in which evidence of lithium has been found.