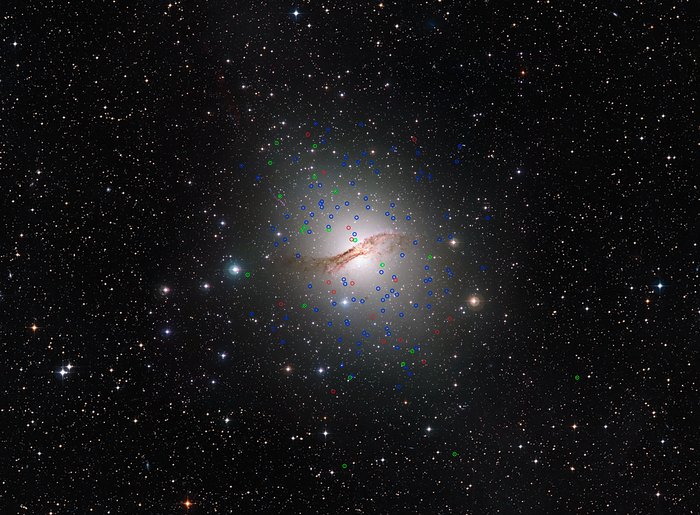 This huge elliptical galaxy NGC 5128 (also known as Centaurus A) is the closest such galaxy to the Earth, at a distance of about 12 million light-years. Observations with ESO’s Very Large Telescope in Chile have discovered a new class of “dark” globular star clusters around this galaxy. These are marked in red. Normal globulars are marked in blue and globulars showing similar properties to dwarf galaxies are in green. The dark globulars appear very similar to other globulars around this galaxy but contain much more mass.