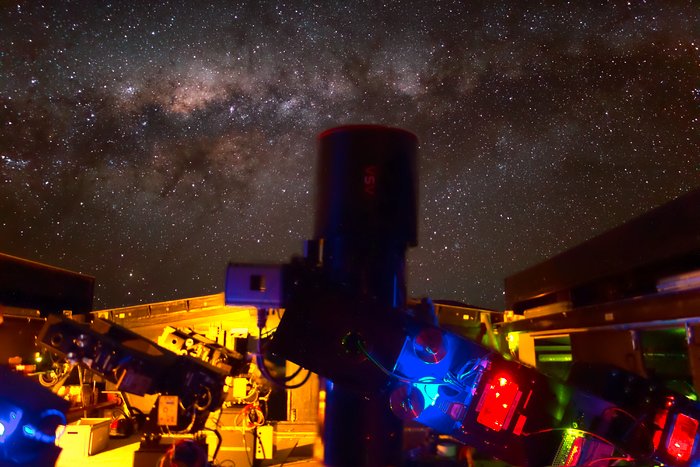 This night time long-exposure view shows the telescopes during testing. The spectacular central parts of the Milky Way appear the background.