The distant active galaxy PKS 1830-211 from Hubble and ALMA 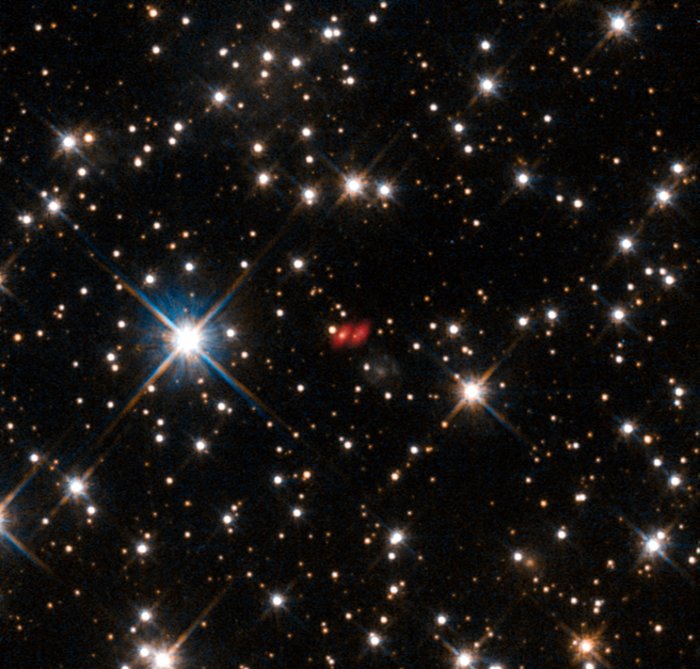 This image from the NASA/ESA Hubble Space Telescope shows the distant active galaxy PKG 1830-211. It shows up as an unremarkable looking star-like object, hard to spot among the many much closer real stars in this picture. Recent ALMA observations show both components of this distant gravitational lens and are marked in red on this composite picture.