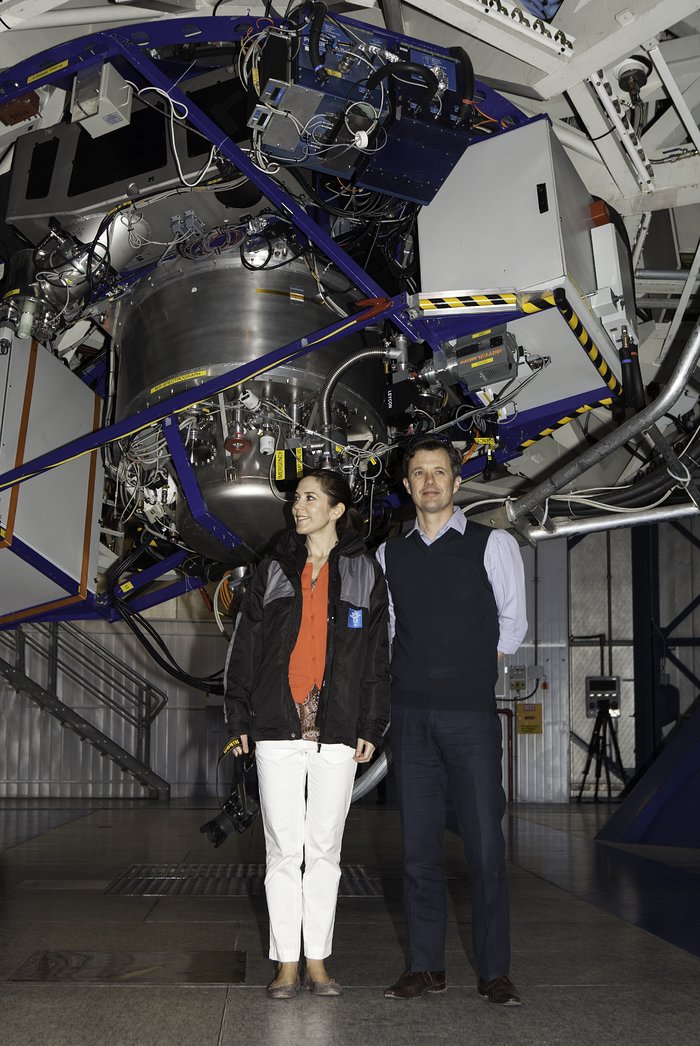 In this picture the Crown Prince Couple are pictured inside one of the telescope domes.