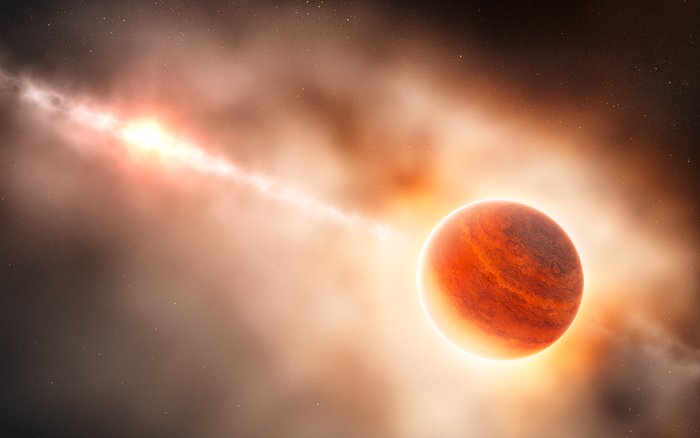 This artist’s impression shows the formation of a gas giant planet in the ring of dust around the young star HD 100546. This system is also suspected to contain another large planet orbiting closer to the star. The newly-discovered object lies about 70 times further from its star than the Earth does from the Sun. This protoplanet is surrounded by a thick cloud of material so that, seen from this position, its star almost invisible and red in colour because of the scattering of light from the dust.