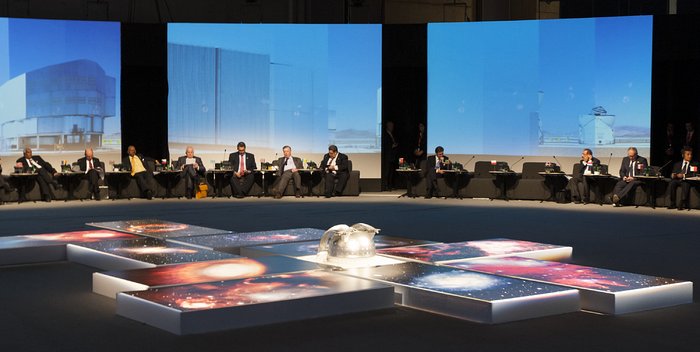 A model of ESO's European Extremely Large Telescope to be constructed in Chile stands amid images of galaxies and nebulae taken by ESO telescopes in the centre of the Presidential Retreat room at the CELAC-EU Summit, before the start of the Presidents' private meeting. In the background, panoramic images of observatories featuring ESO's Paranal Observatory among others were projected on screens all around the room. The summit, which is the biggest such event ever organised by Chile, took place in Santiago during the week of 22–28 January 2013. ESO had a starring role in the event and it was an excellent opportunity for it to show its work and facilities to representatives of the Member States.