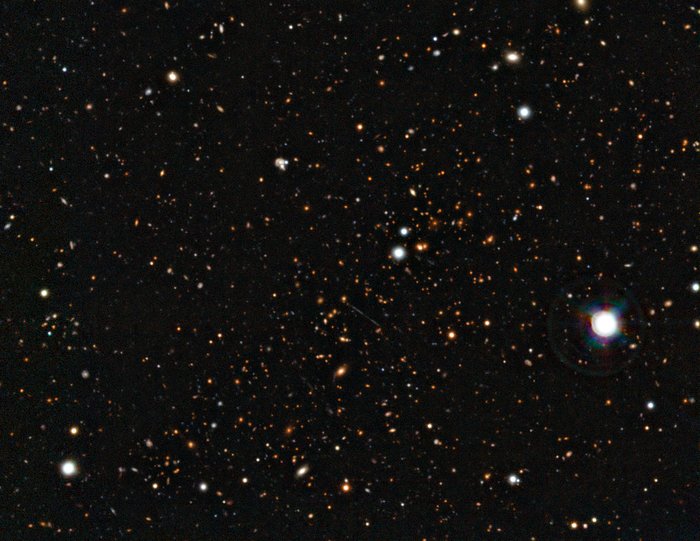 This picture of the galaxy cluster ACT-CL J0102−4915 combines images taken with ESO’s Very Large Telescope with images from the SOAR Telescope. This newly discovered object has been nicknamed El Gordo — the "big" or "fat one" in Spanish. It consists of two separate galaxy subclusters colliding at several million kilometres per hour, and is so far away that its light has travelled for seven billion years to reach the Earth. The merging cluster appear as a cloud of huge numbers of faint galaxies stretching from the lower left to the upper right of the picture. Close to the centre a pale blue line caused by gravitational lensing of a more distant galaxy can be seen.