Historical photo from the early site testing of Armazones 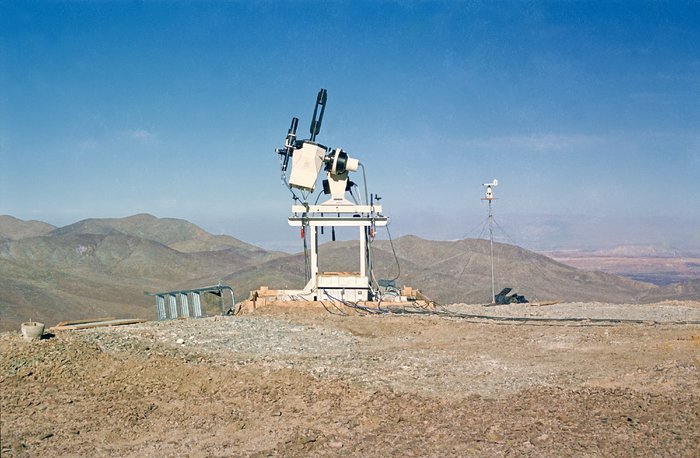 This image shows site testing being carried out on the peak of Cerro Armazones in 1989, as part of the preparations for constructing the VLT, which is on nearby Cerro Paranal. Armazones is the future home of the E-ELT.