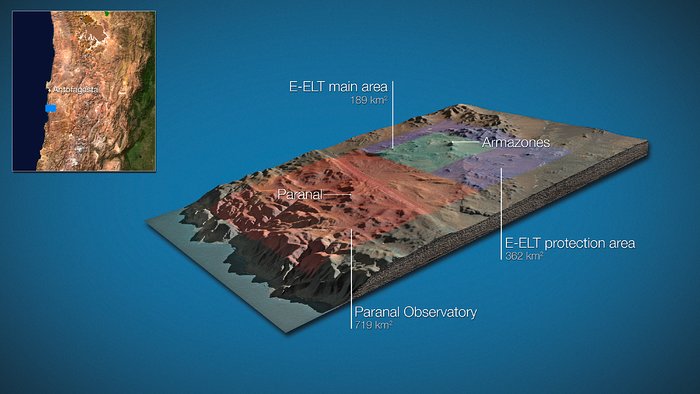 On 13 October 2011, the Republic of Chile and ESO signed an agreement regarding land for the European Extremely Large Telescope, including the donation of an area of 189 km2 around Cerro Armazones for the installation of the E-ELT as well as a concession for 50 years relating to the surrounding area, representing an additional 362 km2 , which will protect the E-ELT from light pollution and mining operations. With the current 719 km2 of land around Cerro Paranal the total protected area around the Paranal–Armazones complex will thus reach 1270 km2.