The composition of a star that should not exist 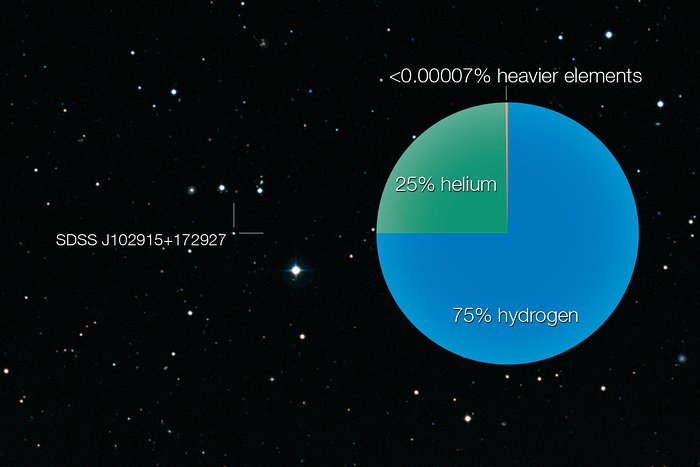 An ancient star in the constellation of Leo (The Lion), called SDSS J102915+172927, has been found to have the lowest amount of elements heavier than helium of all stars yet studied. The pie-chart shows the star’s composition: it is almost entirely made from hydrogen and helium with only a tiny trace of heavier elements.