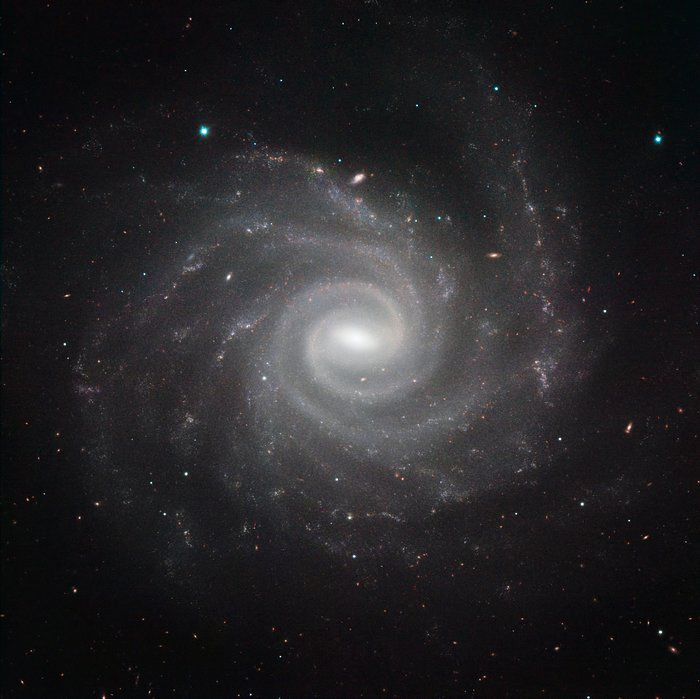 NGC 1232 is a spiral galaxy some 65 million light-years away in the constellation of Eridanus (the River). The galaxy is classified as an intermediate spiral galaxy — somewhere between a barred and an unbarred spiral galaxy. An image of this galaxy and its small companion galaxy NGC 1232A in visible light was one of the first produced by ESO’s Very Large Telescope (VLT). HAWK-I has now returned to NGC 1232 to show a different view of it at near-infrared wavelengths.

HAWK-I is one of the most powerful infrared imagers in the world, and this is one of the sharpest and most detailed pictures of this galaxy ever taken from Earth. The filters used were Y (shown in blue), J (in green), H (in muddy brown), and K (in red). The field of view of the image is about 6.4 arcminutes.