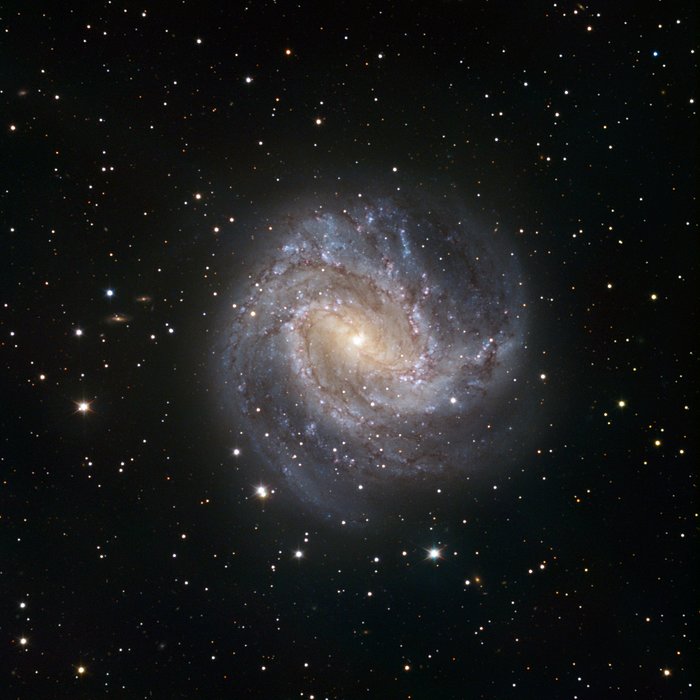 One of the TRAPPIST first light images shows the spiral galaxy Messier 83. Messier 83 lies roughly 15 million light-years away in the huge southern constellation of Hydra (the Sea Serpent). It stretches across 40 000 light-years, making it roughly 2.5 times smaller than our own Milky Way. However, in some respects, Messier 83 is quite similar to our own galaxy. Both the Milky Way and Messier 83 have a bar across their galactic nucleus, the dense spherical conglomeration of stars seen at the centre of the galaxies.

TRAPPIST (TRAnsiting Planets and PlanetesImals Small Telescope) is devoted to the study of planetary systems through two approaches: the detection and characterisation of planets located outside the Solar System (exoplanets) and the study of comets orbiting around the Sun. The 60-cm national telescope is operated from a control room in Liège, Belgium, 12 000 km away. The image was made from data obtained through three filters (B, V and R) and the field of view is about 20 arcminutes across.