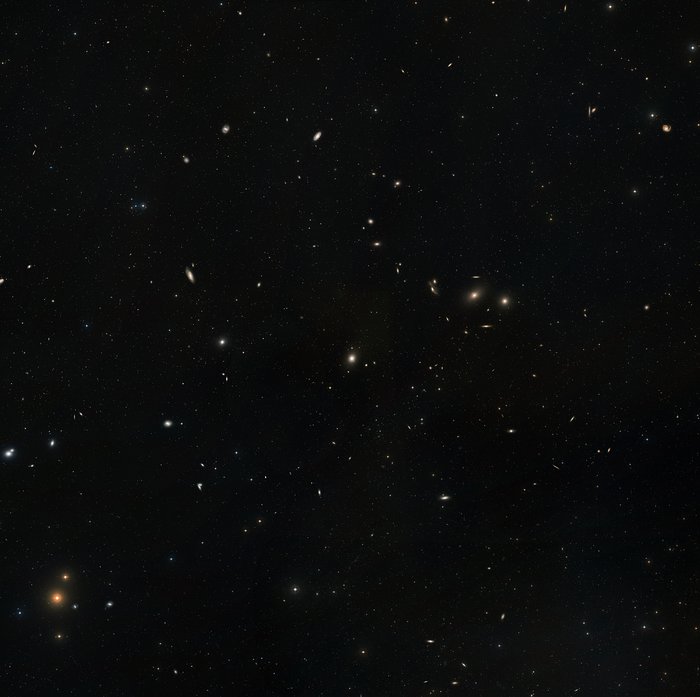 Image of the Virgo cluster of galaxies taken with the Palomar Observatory 48-inch Schmidt telescope as part of the Digitized Sky Survey 2. The giant elliptical galaxy Messier 87 is seen in the centre, while Messier 84 and 86 are the two bright galaxies forming part of the small group on the centre right of the image. New observations obtained with ESO’s Very Large Telescope have shown that the halo of stars around Messier 87 has been truncated, possibly because of some interaction with Messier 84. The observations also reveal that Messier 87 and 86 are moving towards each other.