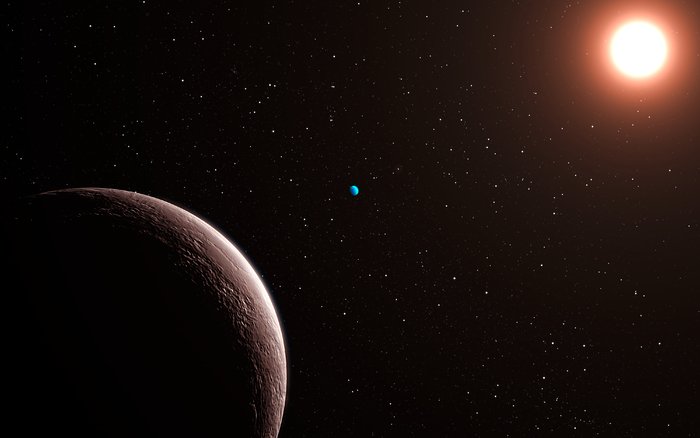 After more than four years of observations using the most successful low-mass exoplanet hunter in the world, the HARPS spectrograph attached to the 3.6-metre ESO telescope at La Silla, Chile, astronomers have discovered in this system the lightest exoplanet found so far: Gliese 581e (foreground) is only about twice the mass of our Earth. The Gliese 581 planetary system now has four known planets, with masses of about 1.9 (planet e, left in the foreground), 16 (planet b, nearest to the star), 5 (planet c, centre), and 7 Earth-masses (planet d, with the bluish colour). The planet furthest out, Gliese 581d, orbits its host star in 66.8 days, while Gliese 581 e completes its orbit in 3.15 days.