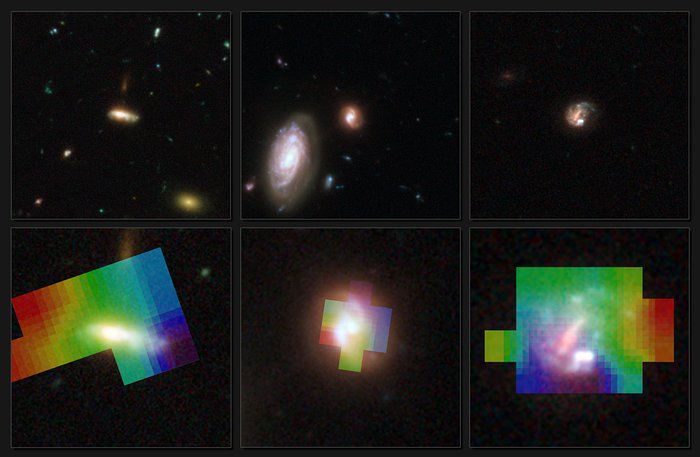 NASA/ESA Hubble Space Telescope images of the three galaxies studied by a team of astronomers who try to understand how galaxies formed when the Universe was half its current age (upper panels). The same galaxies were then studied with the FLAMES/GIRAFFE instrument on ESO’s Very Large Telescope (VLT) to probe the motions of gas in these objects (lower panels). Parts which are red are moving away from us, while those that are blue are moving towards us. By studying at these motions in detail, the astronomers try to read the history book of the Universe.

Notes: The top images were supplied by the Hubble Space Telescope. FLAMES/GIRAFFE aboard the VLT provided the bottom pictures.