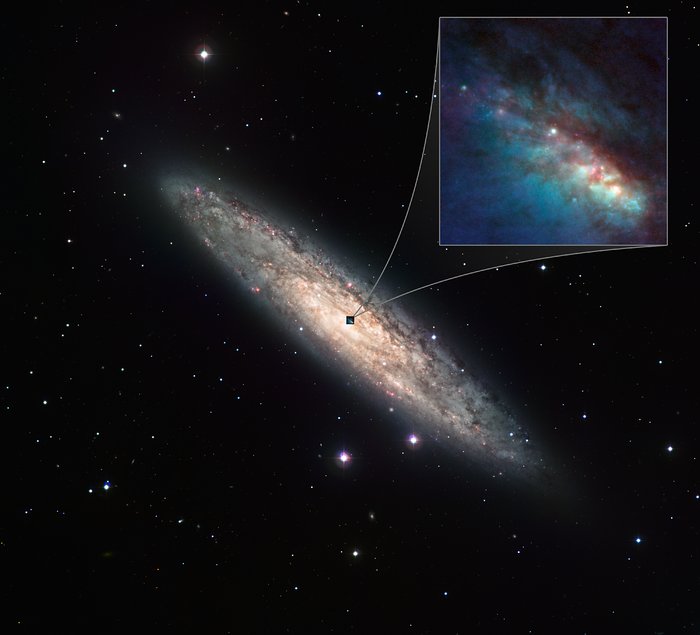 NGC 253 is one of the brightest spiral galaxies in the sky, and also one of the dustiest. The whole galaxy is shown here as observed with the WFI instrument, while the insert shows a close-up of the central parts as observed with the NACO instrument on ESO's Very Large Telescope and the ACS on the NASA/ESA Hubble Space Telescope. This unique set of observations has allowed a team of astronomers from the Instituto de Astrofísica de Canarias (Spain) to study the galaxy in great detail, uncovering many young, massive and dusty stellar nurseries. They also found that the centre of this galaxy appears to harbour a twin of our own Milky Way's supermassive black hole.

Notes: WFI data is for the main picture of NGC 253, all other observation data refers to the close-up image.