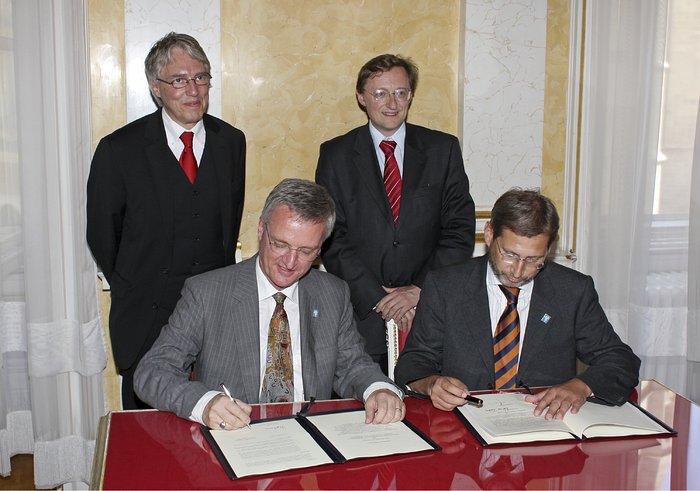 At a ceremony in Vienna on 30 June 2008, the Austrian Minister for Science and Research, Johannes Hahn, and the ESO Director General, Tim de Zeeuw, signed the formal Accession Agreement between Austria and ESO, paving the way for Austria to join ESO as its 14th member state by 1 July 2008. Standing: Claus Madsen (ESO) and Daniel Weselka (Austrian Ministry of Science).