Uranium in the spectrum of an old star 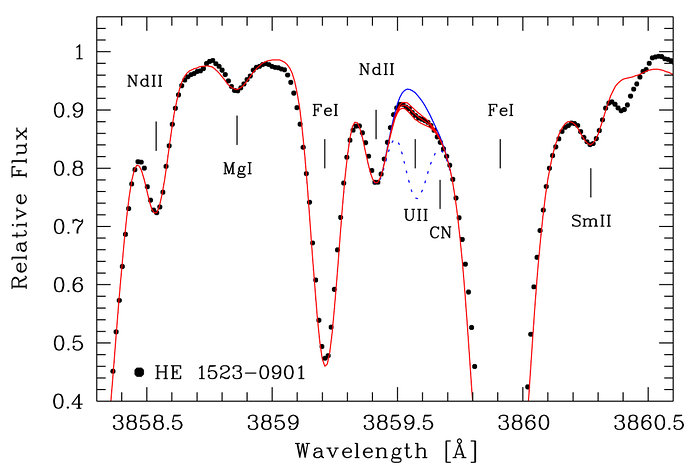 The observed spectrum (dots) of the old star HE 1523-0901in the region of the uranium (U II) line at a wavelength of 385.96 nm. The origin of some of the other spectral lines in the region is also indicated (e.g. iron, neodymium, samarium, magnesium). The synthetic spectrum (thin and dotted lines) was computed for the adopted abundances of the stable elements and for four different values of the abundance of uranium atoms in the atmosphere of the star. The uppermost line (corresponding to no uranium at all) clearly does not fit the observed spectrum at all. The best fit is provided by the middle (red) line.