The relative position of the companion to HD 3651 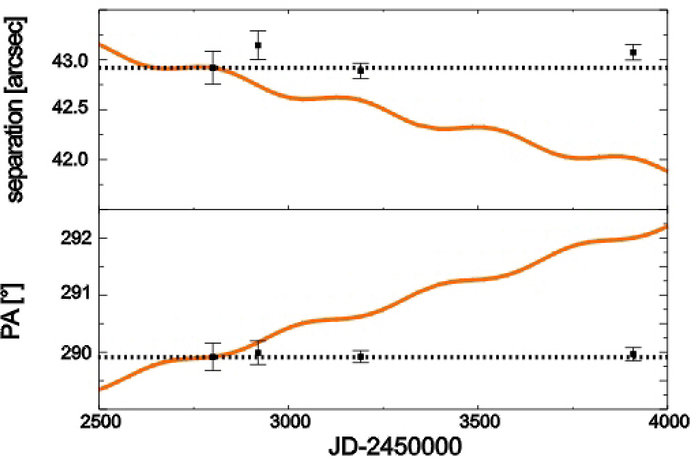 Astronomers have detected a new faint companion to the star HD 3651, already known to host a planet. This companion, a brown dwarf, is the faintest known companion of an exoplanet host star imaged directly and one of the faintest T dwarfs detected in the Solar neighbourhood so far. The detection yields important information on the conditions under which planets form. The separations (top) and position angles (bottom) of the companion with respect to the host star is shown here over a three year period. The solid, red line indicates the expected variation of separation and position angle in case the object is a non-moving background star.