Zoom-in on the Einstein ring on a region in Fornax 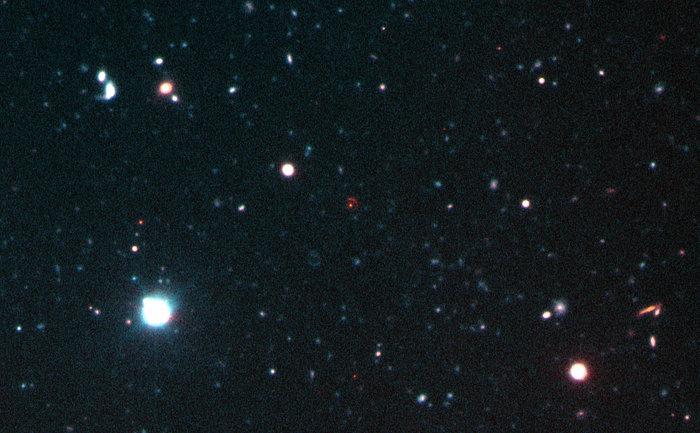 Using ESO's Very Large Telescope, Remi Cabanac and his European colleagues discovered an amazing cosmic mirage, known to scientists as an Einstein Ring. Dubbed FOR J0332-3557, this phenomenon is seen towards the southern constellation Fornax (the Furnace), and is remarkable on at least two counts : first, it is a bright, almost complete Einstein ring, and second, it is the farthest ever found as of this writing.